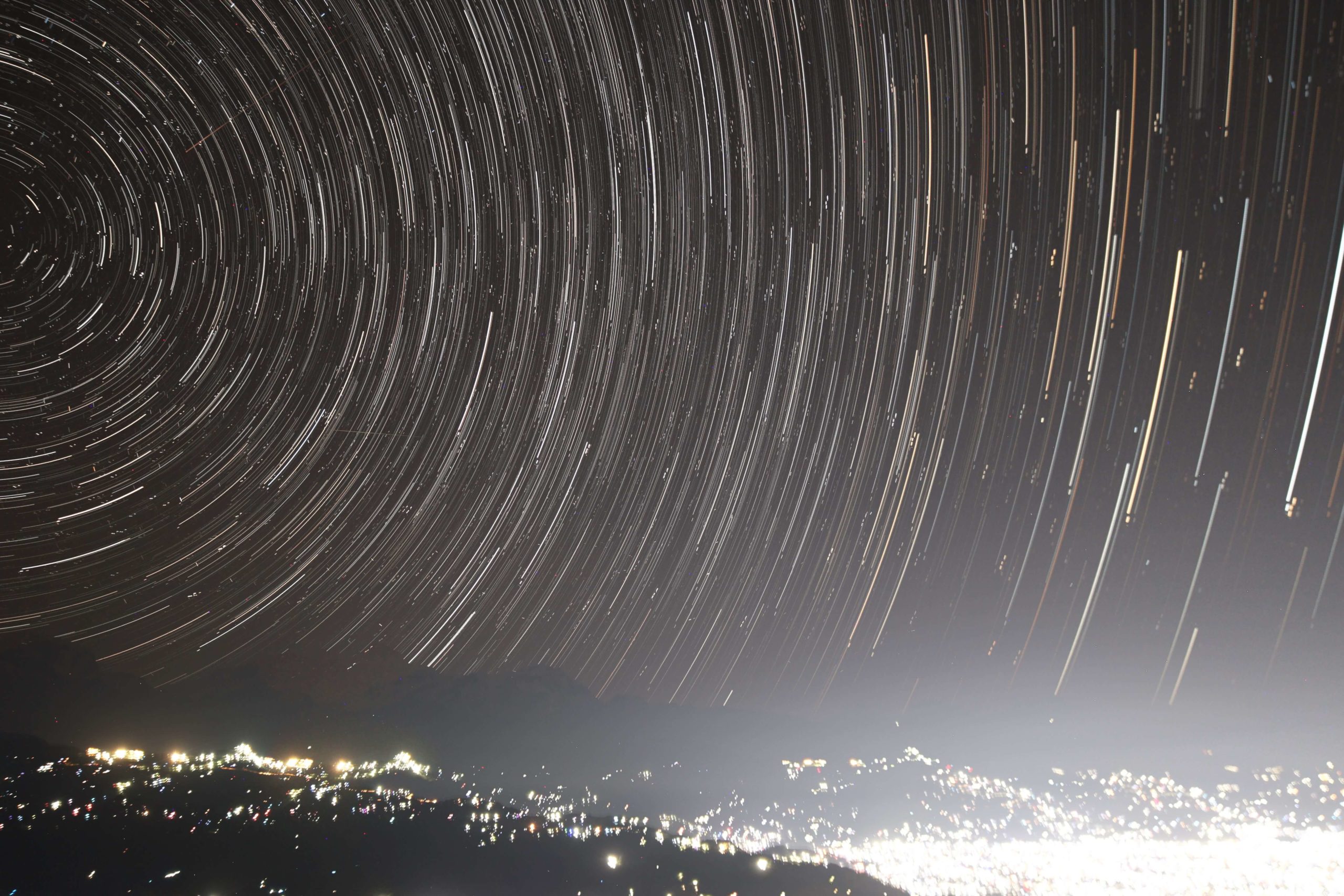 NASO team planned to travel to Pokhara for Leonid Meteor Shower 2020 and decided to go to Pumdikot, Kaski (~1600 meter above sea level) during the night of peak activity i.e. the night of November 17-18, 2020. NASO team successfully captured one Leonid while observed many Leonids with smoke trails in the sky. The NASO team created a star trail from that night/morning.

The team did a session of the star trail at a rice field, Parodhik in Pokhara, Kaski where people were working harvesting rice in the evening on November 20, 2020. They successfully captured a beautiful star trail with a fireball captured in the frame.

The photo was taken by project coordinator Ms. Manisha Dwa. She has been doing land space Astrophotography in Nepal since 2013 (the same date she joined NASO). This is the first time the NASO team managed to capture Leonids during the shower. The one taken from the field is not a Leonid, it is Sporadic meaning meteor not associated with a particular shower during the activity period.

We EventsNP is glad to support and coordinate to share these works with people in Nepal and abroad.

The Details was obtained from the Chairman of the Nepal Astronomical Society. Mr. Suresh Bhattarai. We are very thankful for keeping our words.